Ghost Bikes has announced the arrival of its first lightweight, mid-power e-bike in the form of the Ghost Path Riot, featuring the Fazua Ride 60 motor and 430 Wh battery. It is a full carbon eMTB and in its lightest build configuration the Path Riot weighs just 17.5kg. It is announced in conjunction with the 2023 Ghost Riot, a mountain bike that shares the same 140mm travel carbon frame layout, paired with a 150 fork to give the Riot Trail and a 160mm fork to give the Riot AM.

Indeed, the eBike and the Trail and All-Mtn bikes were developed side by side, with handling at the top of the priority list. They share the same Traction Link suspension layout, a reworked version of the one we’ve seen on previous Riot and Riot eMTBs, and indeed the Lector FS XC bike; it is a one-piece swingarm connected to the front triangle by two links which co-rotate when the rear wheel is pushed in its travel.

Here is a brief overview of what awaits you in the spring of 2023. 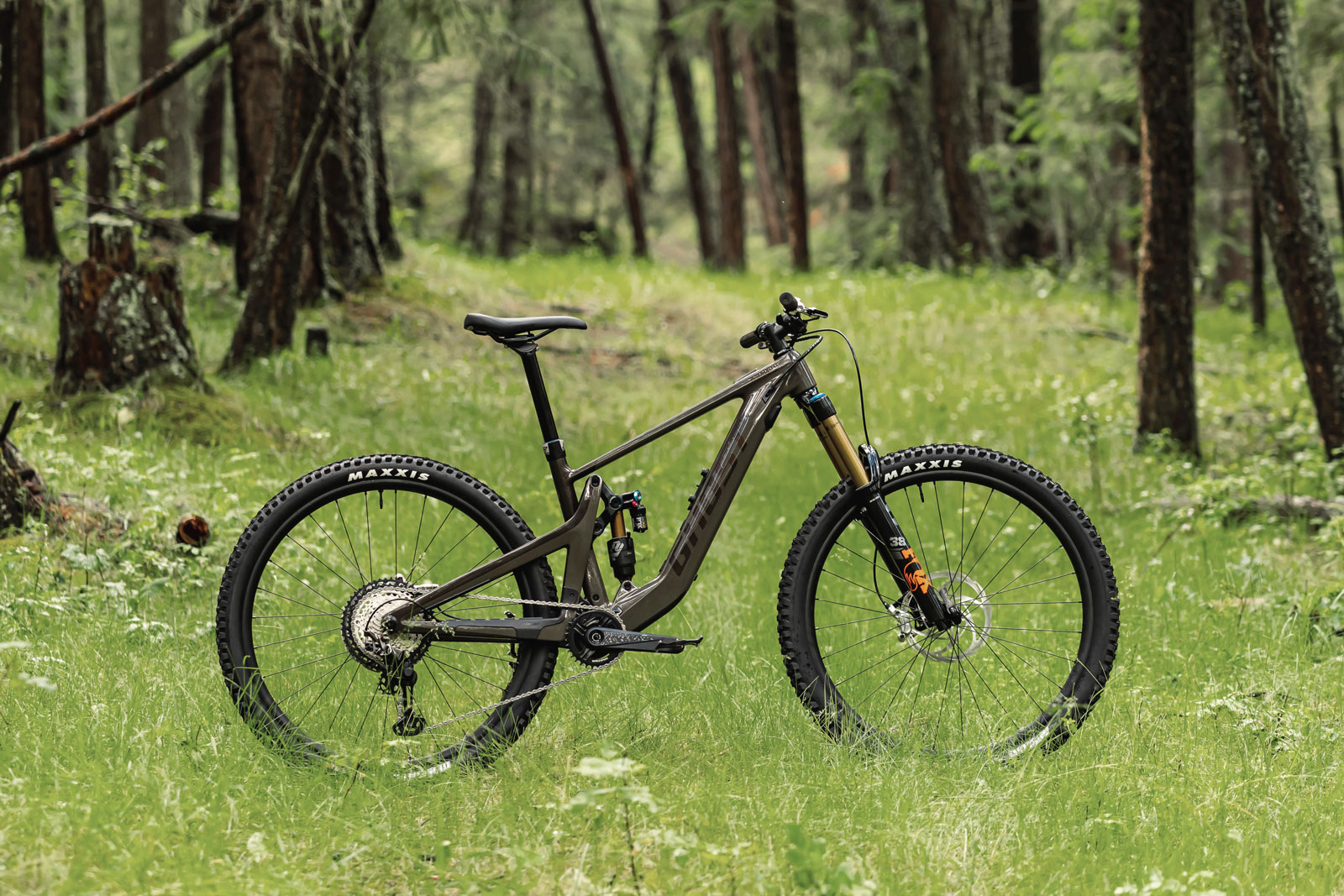 The Ghost Path Riot e-bike comes in sizes S-XL, all of which roll on a 29er wheelset and feature 140mm of rear wheel travel. There are two geometry options. Choose from the Path Riot LTD (the lightest option) with a 150mm fork that gives a 64° head angle and 77° seat angle; or, there’s the Path Riot Full Party and Advanced build setups that sport a 160mm fork. The taller front end results in a smoother ride, with a 63.5° head angle and 76.5° seat angle.

The reach is very generous for an e-bike of this travel rack, ranging from 440mm in small to 470mm in medium, 497mm in large and up to 527mm in XL. The seat tubes aren’t terribly short, covering a range of 417mm to 489mm, but the Eightpins infinitely adjustable integrated seatpost spec found on all build options will help riders squeeze every last millimeter of clearance. between the buttocks and the seat.

With a claimed weight of 17.5 kg (38.5 lbs), the Ghost Path Riot e-bike will be an attractive option for those looking for a lightweight e-bike that still packs a punch. The Fazua Ride 60 motor does not offer the 85Nm / 90Nm torque output seen on full power e-bikes, but 60Nm will be more appealing to those who were previously disappointed with the 35Nm offered by the motor on the Specialized Turbo Levo SL somewhat comparable. 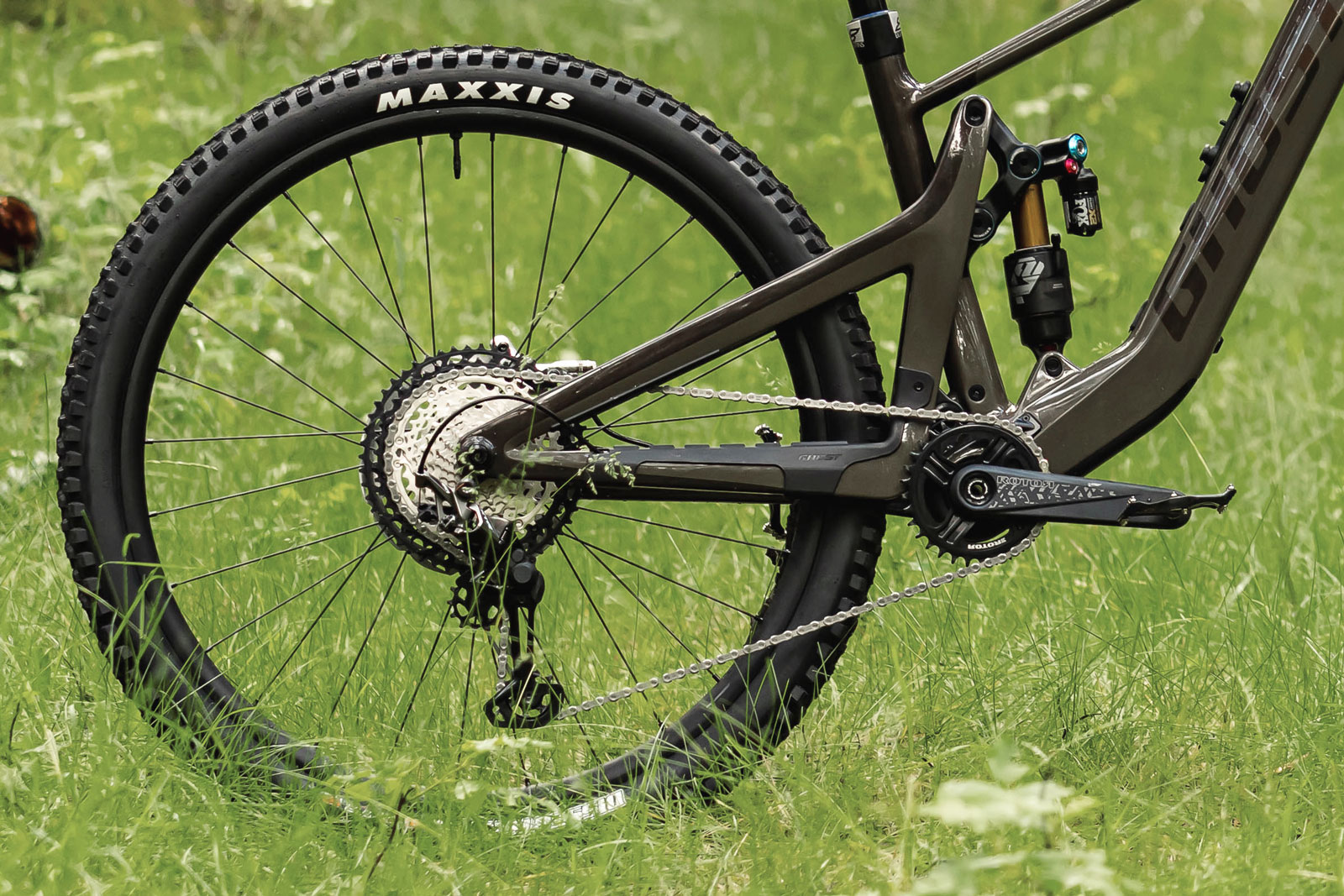 The Fazua Ride 60 motor is becoming increasingly popular among mountain bike brands looking to fill the lightweight mid-power e-bike niche; it is featured on the recently announced Pivot Shuttle SL and the yet to be released Transition Relay. The motor is compact and lightweight, weighing in at 1.96kg, not far off the 1.85kg TQ-HPR50 motor seen on the new Trek Fuel EXe.

The Fazua Ride 60 motor gave Ghost a good platform from which to build an e-bike under 40 lbs. And, at 17.5kg, the Path Riot LTS is certainly light, but still not as svelte as the Pivot Shuttle SL Team XTR World Cup which shares the same motor system; this one weighs about 16.5 kg. It is important to note that there is however the price difference; the Ghost Path Riot LTD costs €10,000, while the aforementioned Pivot is priced at a whopping $11,999 (equivalent to around €12,500 at the time of writing). 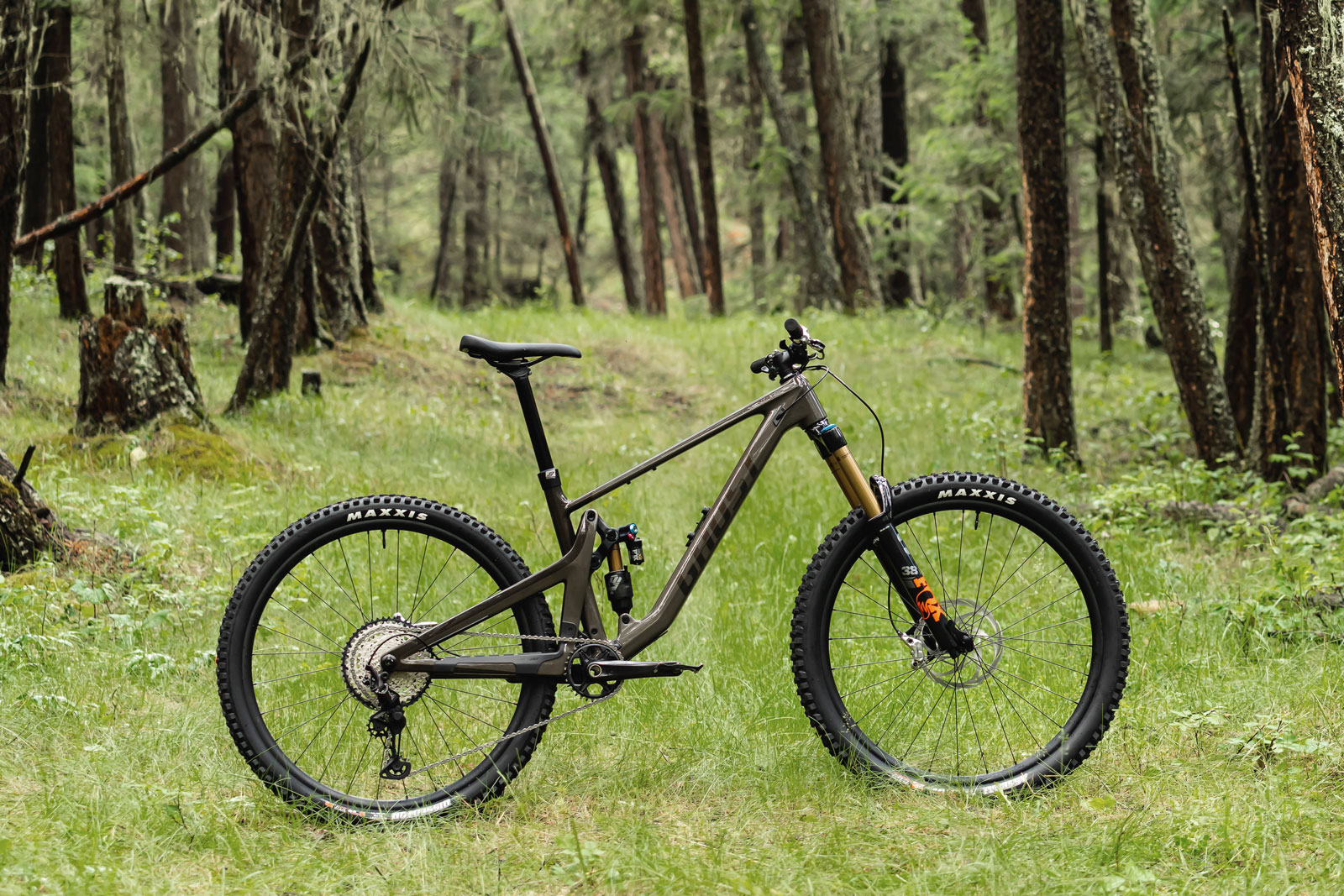 Availability of the new Ghost Riot Path and Riot Trail & AM bikes is not expected until Spring 2023. 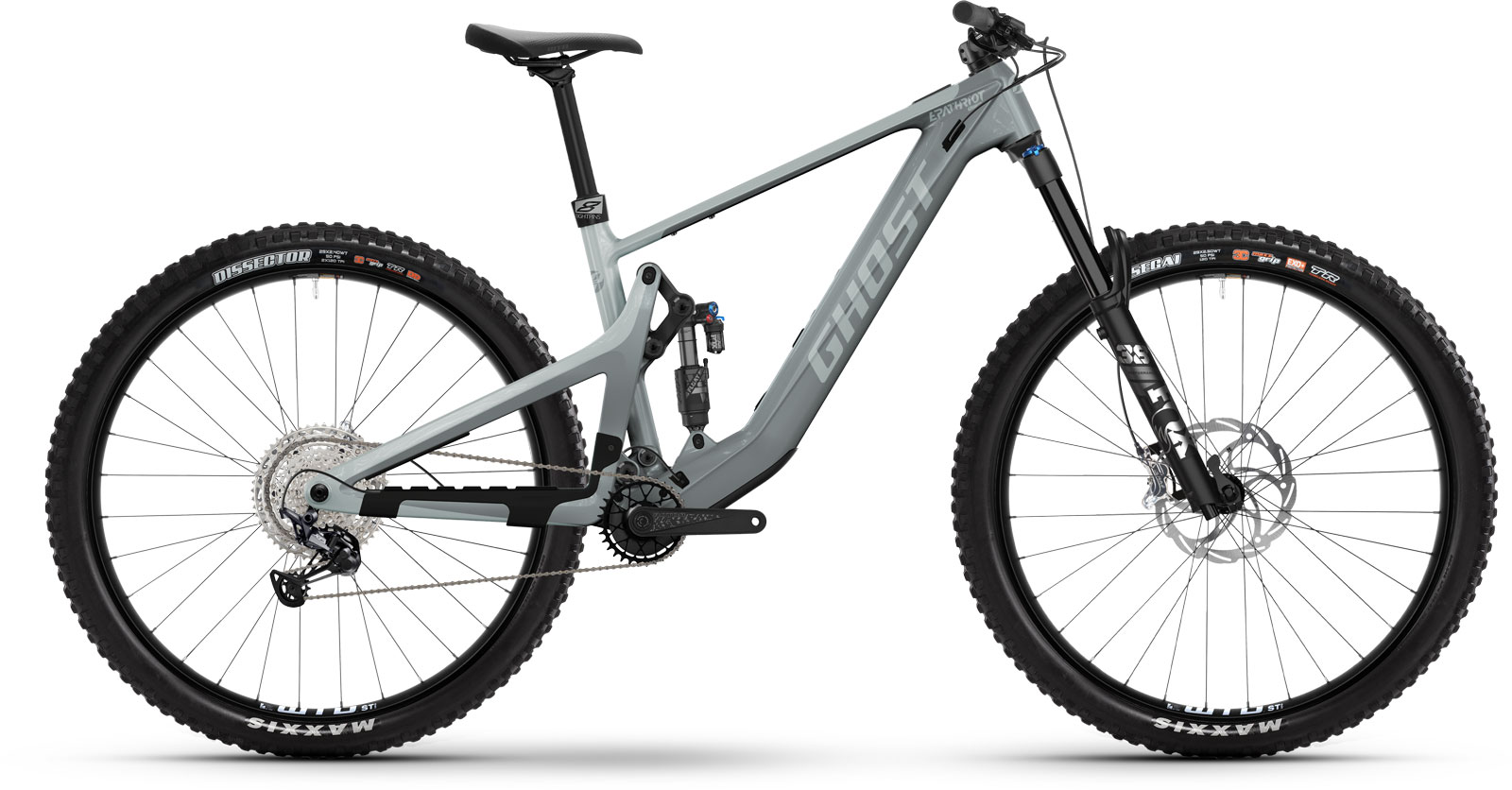 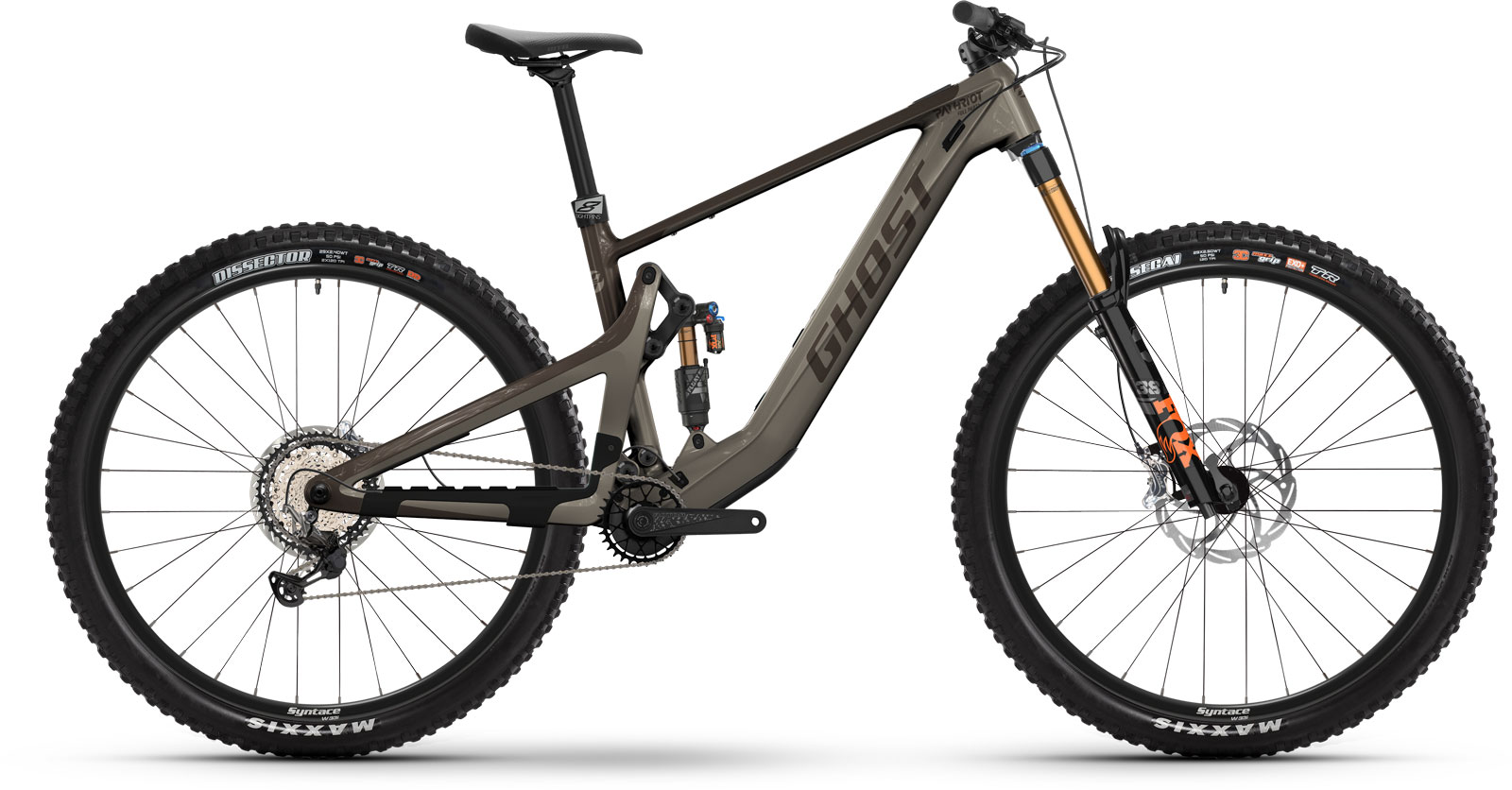 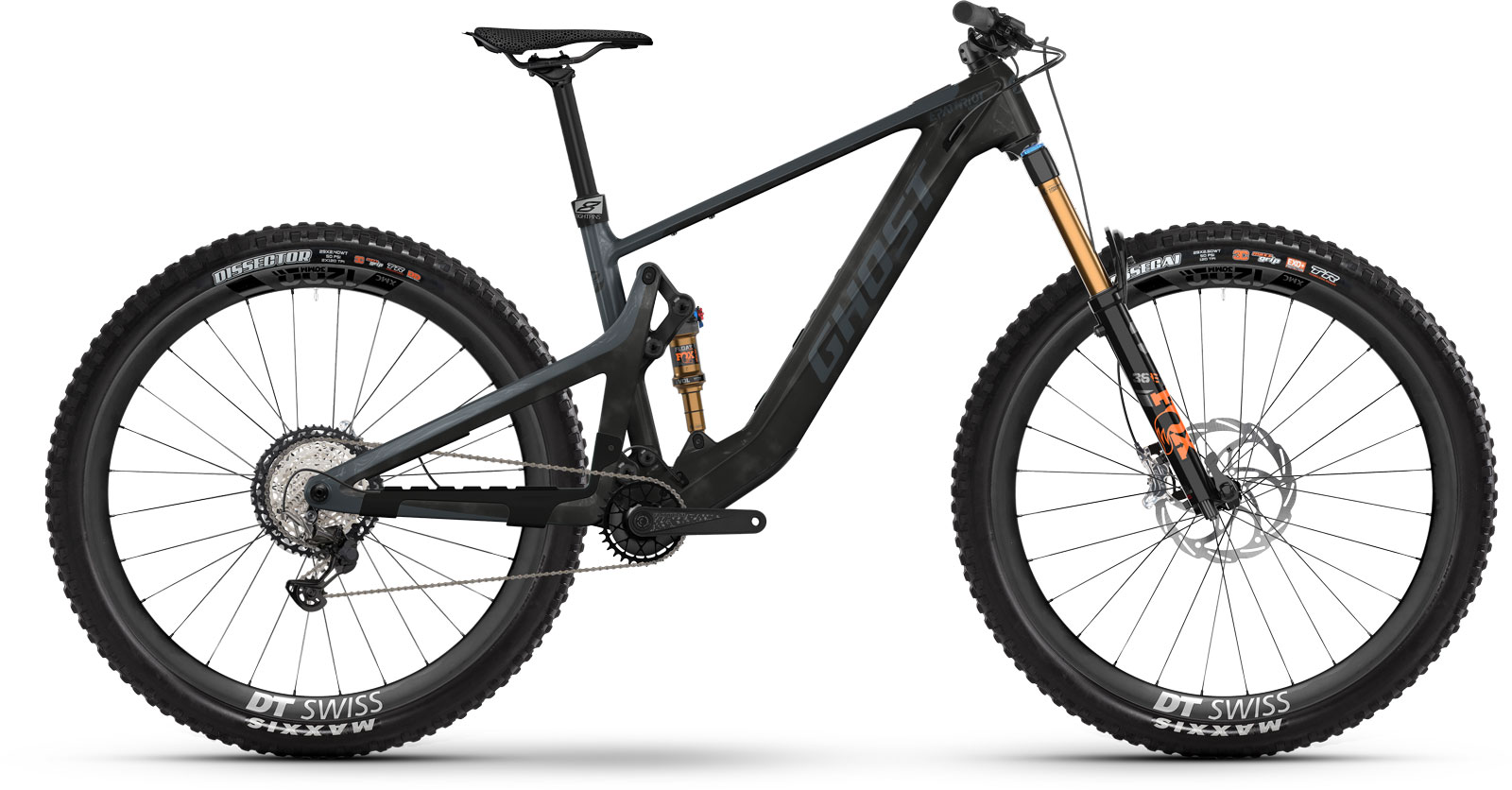 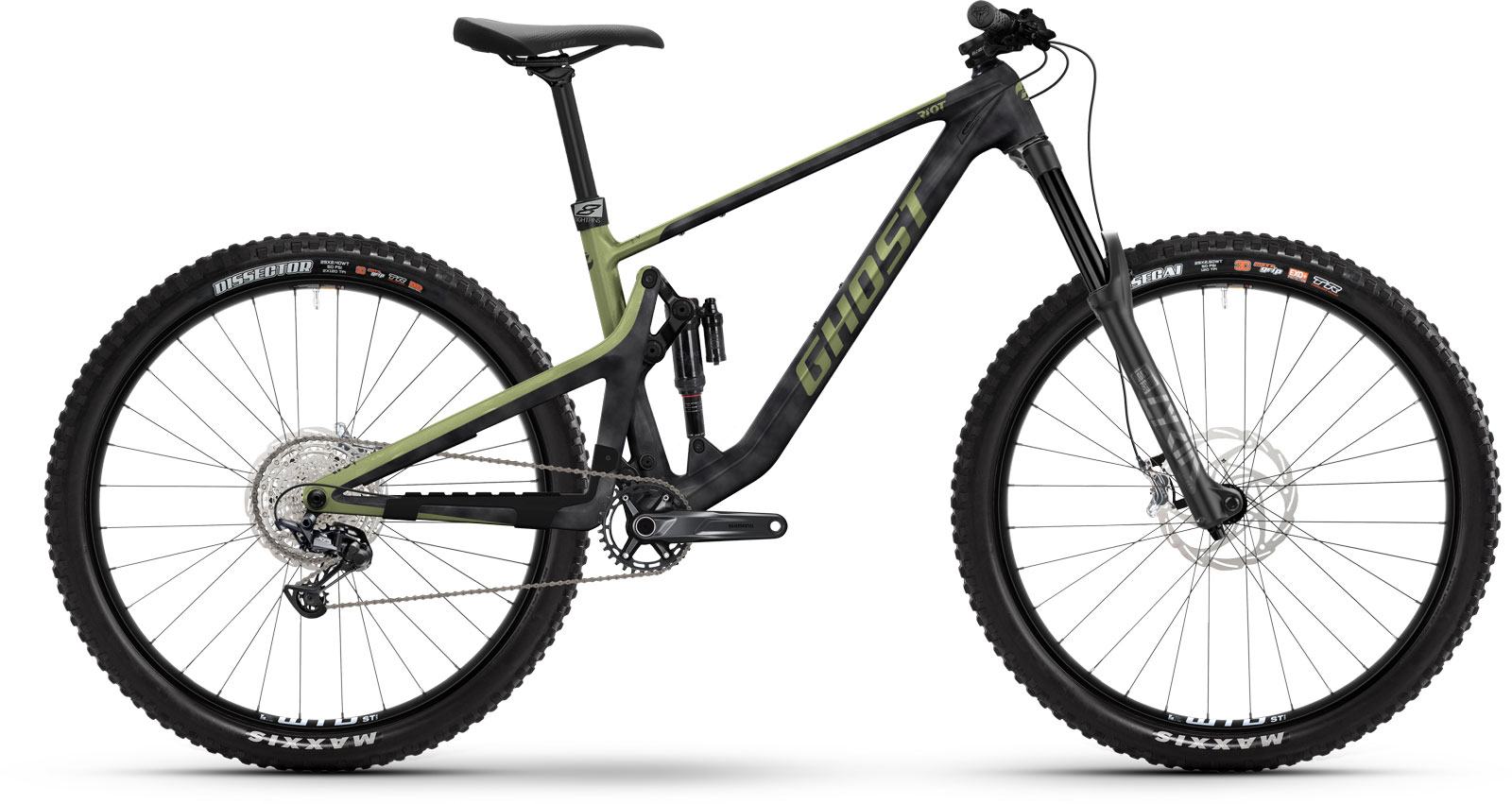 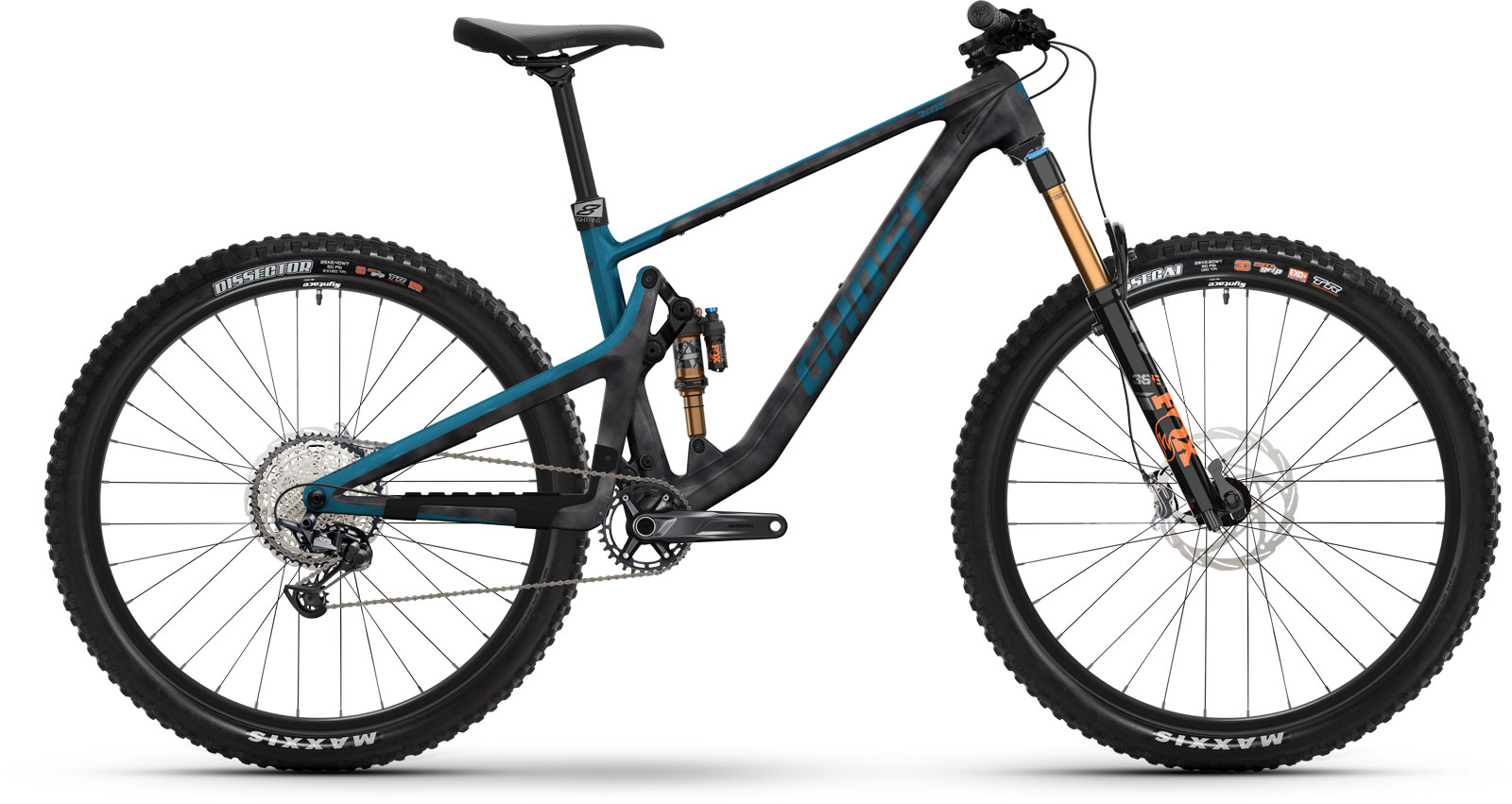 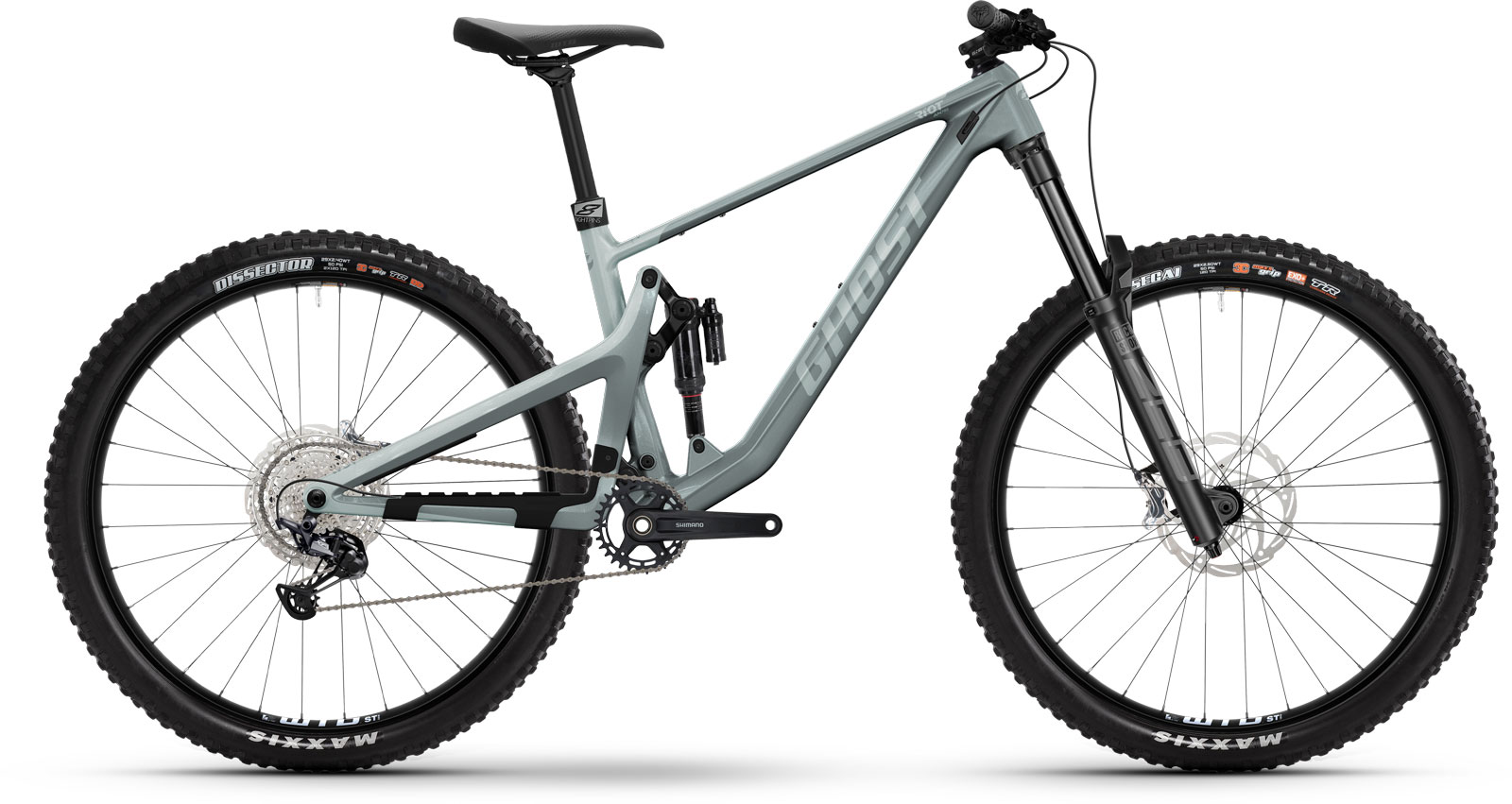 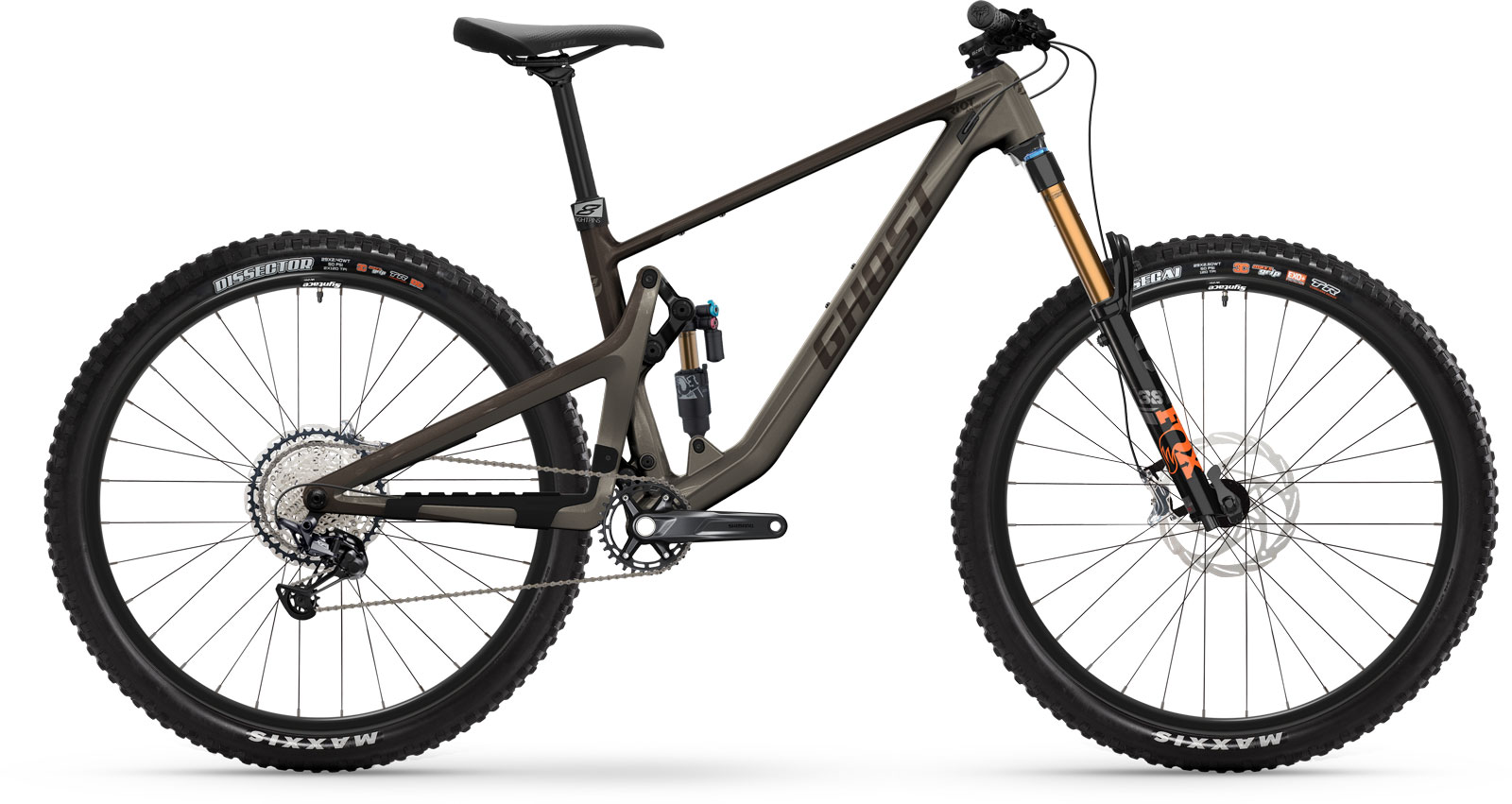 For full spec lists, head to the Ghost Bikes website.