The military held the first ever women’s cycling rally in Baramulla, Kashmir on Sunday.

The rally covered 65 kilometers, starting at the Shawkat Ali Stadium in Baramulla and ending at the Kaman Post in Uri. The event attracted a total of 82 women from across the country.

“We had received a request from the women of Kashmir to organize a cycling rally only for women,” Lt. Gen. Pandey told reporters.

Authorities say 50 of the 82 entries were from Kashmir.

Milind Soman, model and actress who attended the event, noted that such initiatives inspire women to get involved.

“I would like to express my gratitude to the Indian military for taking this step. From Baramulla to Kaman Post the whole trip was breathtaking, ”said Soman.

“In the future, more activities like this should be organized, as sport can help people adopt a healthier lifestyle,” he added.

“I only found out about the event on Saturday and didn’t even have any cycling experience before, but still came and placed first,” Zobia, a resident of Lal Bazaar, said about of his victory in the cycling rally.

The army was congratulated by all the participants for the organization of the event. (ANI) 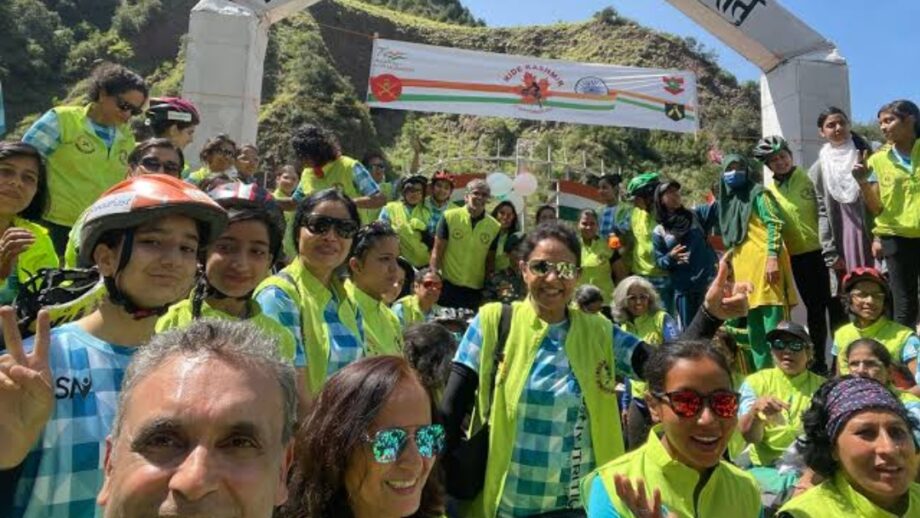 Also Read: Woman Spotted Trying To Get Little Cobra Out Of Her Home With Sweet Words, Video Goes Viral

Disclaimer: The opinions expressed in this article are those of the author and not those of IWMBuzz.